Jonas Cuénin is the editor-in-chief of Camera Magazine, a bilingual (French and English) publication first founded in 1922. Born in France he currently works in New York. Here he talks to us about his writing style, the importance of feeling and touch in art, his influences and the difference between the New York and European photography scenes. He is also a photographer and you can see his work (editorial and personal) here. 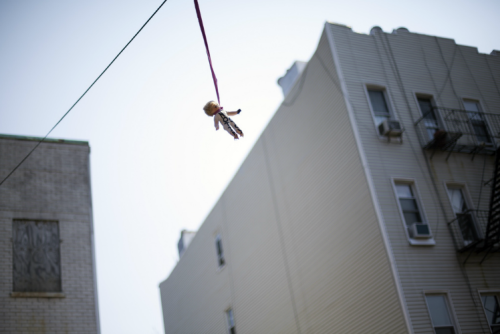 Can you tell us about how and why you became a writer?

Originally, my first writings appeared on a blog when I went traveling in Asia about 10 years ago. My parents said my writing was good and I decided to start studies in journalism. As for writing about photography, it began 5 years ago when I started to contribute to the specialized website L’Oeil de la Photographie (The Eye of Photography), founded by the great editor and journalist Jean-Jacques Naudet. He’s one of the last people to have met and been friends with lots of masters of the 60ies to the 90ies, such as Robert Doisneau, Henri Cartier-Bresson, Helmut Newton and more. In the photography circle, especially the New York one, he’s a highly respected person for his generous methods and humour. He’s the one that gave me a career by offering me the chance to fully express myself through writing.

I don’t really know. I think a bug hit me at some point. I was born in an artistic environment and when I arrived in New York 6 years ago it naturally became the art form to embrace. I first became a photographer, which I still am, and later a writer of photography. Though I remember one decisive moment: MoMA was having a Cartier-Bresson retrospective and I wrote an article about it. I interviewed Peter Galassi, former head of the photo department at MoMA and photographer Elliott Erwitt. These were my first interviews in the photography world. When I came back to the office of the magazine I was working for at that time, it just came to me that I wanted exactly to do this: write about photographers and their work, be close to them, help them, give them exposure.

Your writing, while informative, feels fictional and poetic. How did you develop this style and what does it mean to you? Who are your influences?

As you point out, I try to mix facts, a bit of fiction and humble poetry. Why? Because I believe touch is the most important thing in art. If you don’t touch the audience with art, you’re useless. And if the intended audience is small, you’re just a bit less useless. Photography has become a language spoken by almost the entire planet, if you don’t make yourself understandable by everyone, in a simple way, even if your ideas are complex, then you’re useless. I mostly believe in authenticity, empathy, rawness, political engagement, intimacy, accessibility and memory. So when I write about a photographer or his work, my obsessions are both to make the reader discover the artist’s personality and make him feel the work without seeing it. It demands to develop a strong proximity with both the photographer and the photographs. There’s a wonderful writer called Thomas Burgel, that writes about music in the French magazine Les Inrocks. I remember one of his articles about an album by Animal Collective where I could feel my body want to dance on the electro minimalist music he was describing. You could imagine him dancing himself and writing at the same time. I try to do the same when I describe photographs and I like to write while listening to music, it develops my sensitivity. It depends on the work I’m writing about, usually the type of music goes with it: new wave on a Nan Goldin article, jazz on a Jill Freedman one, classical on a Dirk Braeckman one. Fiction? I also have a passion for the fantastic, science fiction and the invisible. My absolute reference in fantastic photography is Chris Marker’s photo novel La Jetée. It’s unusual to put fiction in a journalistic article but if it makes the reader imagine, I’ll take this liberty. As for other influences in photo writing: Hervé Guibert, a photo critic for Le Monde who use to write only with feeling and atmosphere, Brigitte Ollier from Libération, Vince Aletti from the New Yorker. And other writers such as Louis-Ferdinand Celine, Boris Vian, Baudelaire, Salinger etc. To finish with touch, I’d like to quote this sentence told by photographer Duane Michals to Hervé Guibert in a 1978 article entitled The necessity of contact: “We must touch each other to stay human. Touch is the only thing that can save us. Usually the most important sentences have only two words or less: I want, I love, excuse me, touch me, I need, thank you.” 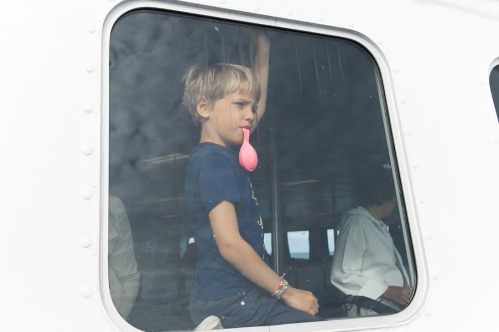 What kind of photography do you personally enjoy? Does this determine the work you feature in Camera magazine?

I like pretty much every type of photography. Diversity is a leitmotiv and it directs the editorial line of Camera. Historically, the magazine had this identity since its foundation in 1922 and I try to keep it. We build issues around specific themes such as intimacy in photography, documentary and new technologies, the influence of surrealism in photography etc. Camera can present traditional humanistic work in one issue and complex contemporary artists in the next.

One specification of the new version of Camera is that we dedicate about 30 to 40 pages to only one photographer, with a long article and a small retrospective. So I try to pick up one established photographer that has an exhibition or a book, or a photographer I found who is not recognized enough, and then this type of photography directs the rest of the issue.

How do you write about the old photographers that a lot of people already know about? (Walker Evans, Diane Arbus etc) What are the aims and ambitions of Camera?

We don’t usually write about the established masters (especially dead ones) unless there’s a big event, like with Nan Goldin. In that situation, I would feature the new pictures and try, in the article, to go beyond all that has already been said. I’ll try to discover anecdotes or describe their daily life, their tastes, their habits, their home, their emotions, for example. Camera’s main ambition is to discover the photographers “better”, make the reader enter deeply into their world.

Can you describe the current photography / art scene in New York for us?

I think the photography scene in New York is, in the structure, similar to the European one: exhibiting both vintage and new things. But it’s certain that there is, due to the artistic emulation of the city and the number of photographers living here, a bit more of freshness. There are certain things I don’t see that much in Europe, such as humour, fun or eccentricity. In New York, it’s omnipresent. There’s this obsession to be more and more creative, to push the boundaries of the medium. But the main difference is the debate of ideas: in Europe, debates tend to be more and more intellectualized and they can become boring. Though I always find the conferences at Le Bal, in Paris, very useful: talking about contemporary work but in a simple way, with historical points, descriptions and poetry, thanks to its wonderful director Diane Dufour. In New York, debates are now about things that touch every photographer, amateur or professional, and there’s this awareness of the image world we’re living in. The New York photo world knows that something needs to be done. People talk about new technologies, new forms of expressions, museum curators sit at the same table as Instagram or Snapchat developers, social media sociologists, other image specialist or entrepreneurs. Everyone tries to find compromises, learn from each other, to be productive. The Tech Photo world is already hitting the art world and I have the feeling that the Europeans need to wake up and talk to these people. Millions of images, some as good as ones made by pros or established artists, are being sent every day and it’s a data to understand and take care of.

How would you advise artists to write about their work?

I usually like to read essays that are very personal. I need to feel something deep in the words attached to photographs. More formality is fine but words can be used to make the photographs stronger, so you better use them entirely to add something. Poems or short stories are good additions. But it has to be good of course, it’s a risk.